Support Your Friends. It’s simultaneously a brand name and statement. They’re known for a few things, but their logo caught nationwide attention when Grab snatched it without permission. The ridesharing company was using it to advertise their merger with Uber last year. And while the move went viral, with fans stepping up to defend SYF, they’ve never told their story publicly.

“We didn’t even know about it until the public started to notice,” says Ralph Cruz, who’s one half of the brother-duo behind the streetwear label. Friends and fans were outraged that a multinational corporation would steal from a small local streetwear brand. But SYF didn’t really mind. Grab’s head of marketing had contacted them to apologize, so the guys headed over to their Philippines headquarters for a sit-down. Instead of retaliating, SYF came to an agreement with Grab to use their logo on a shirt.

The exchange with Grab ended up fitting their brand, once they sat down together anyway. For Randell Cruz, the other half of SYF, it’s only okay to use someone else’s logo if it represents your outlook. SYF has bootlegged other brands like Potato Corner, Lil Orbits, Hen-Lin, and Purefoods. Apparently, they asked permission from the sons of the owners. To them, it’s not copying a logo, it’s interacting with brands they grew up with and love. These brands resonate with their childhood, creating a warm blanket of nostalgia. SYF has continued their run of corporate collabs, most recently with Krispy Kreme shirts and jackets.

The brothers urge other brands to do more collaborations. “The streetwear community is in a good place right now,” Randell says, “Big companies are taking notice of the local scene, which means they’re more open to working with many of us.” But it’s not enough to climb the corporate ladder, and local brands should look to their peers as well. Ralph adds, “At the end of the day, everyone’s helping each other out. We all have one goal of pushing the culture. You should support the community, support your friends.”

Previous Post:Secret Fresh Teams Up With the PBA for a Cause

Next Post:Suez and Farmhouse Celebrate and Critique the Jeepney 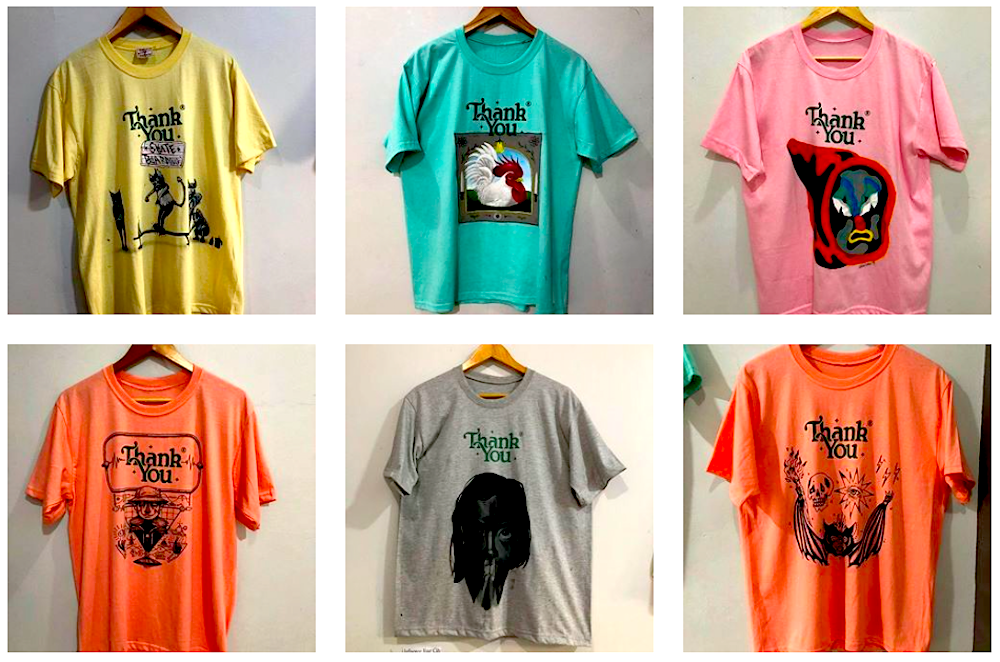 Thank You to Bring the Fam to Cubao Expo